We’re back with another case study, this time with “Terri.” Terri is 42 years old, single, and works as a pharmaceutical rep earning commission income that varies wildly from month to month. With variable income, it’s hard to save money without knowing when the next cheque will come in, and she’s stuck in an annual income tax cycle that makes it feel like she’ll never get ahead.

Terri’s commission income means that no two months were ever alike, and getting a handle on the extreme swings between good months and bad months was incredibly difficult. In good months, it felt like winning the lottery, and she had way more than she needed. In bad months, when she hadn’t been paid in eight weeks and wasn’t sure when she was going to get paid again, she felt incredible stress.

This constant cycle of good and bad months meant she never felt good about saving (what if she needs that money next month?) and never felt good about not saving. She never had a retirement pension at work, and only started making good income about four or five years ago. She wasn’t sure how much money to save or where to save it without making the income teeter-totter even more. She felt like she had nothing to show for her years of hard work.

Finally, like many variable income earners, Terri felt constantly behind on her taxes. Earning commission income means that she has nothing deducted from her pay, and has to hold back enough to keep the government happy at tax time. Every year these tax bills felt too high, especially because they came when she still owed money for the year before. Her accountant recommended that she contribute as much as possible to an RRSP, but she wasn’t sure how to do that.

The first thing we did when we sat down with Terri was to map out her last few years’ worth of income by year and by month to identify patterns we could work with. We found that Terri’s income was on average around $200,000 per year, and was consistently lowest (sometimes even non-existent) in June, July, August, and September, while January and March were always highest.

Once we had a handle on the patterns of Terri’s annual income we did the same for her business expenses. Terri regularly paid for her cell phone, computer, business cards, accounting fees, vehicle expenses, client meetings, and parking fees…all expenses that – properly documented – could be deducted from her income.

On average it was costing Terri over $1,000 per month to earn her income, even in those months when she didn’t receive a commission cheque. We identified the expenses she would need to diligently track so that her accountant could use them to reduce her annual tax payable.

With a much clearer picture of Terri’s fixed and variable income, expenses and lots of communication with her accountant, we could estimate how much she would owe in taxes for an average year. From there, we determined how much income she should set aside from each commission cheque to avoid surprises, and how much she could afford to draw as a monthly salary.

Terri’s accountant had advised her to contribute to an RRSP, and with $127,000 in unused contribution room, there was a lot of potential to reduce her tax bill and start building up retirement savings. Our work together showed that Terri could easily save $20,000 in an average year. To ensure that she didn’t over-commit to savings (just in case it wasn’t an average year), we set Terri up with a system to contribute 10% of every commission cheque to her RRSP.

Now, if there’s one thing all of us have learned (some of us more recently), it’s that nothing is ever average. Armed with this knowledge, we built a quarterly review structure for Terri to check in on her actual income and expenses, and adjust her tax savings accordingly.

Every time Terri gets paid, she:

With this system in place, during the higher income months, money builds up in her account because she has much more than the $6,000 she needs. That money has a purpose: to keep her going in the bad/lower earning months.

There was another benefit for Terri: after a year of saving diligently and checking in on her own progress regularly, she arrived at tax-filing season with her taxes for the year prepaid. In our annual review meeting, we calculated that she could borrow $20,000, contribute to her RRSP (just in time to make the contribution deadline), and get the entire amount back as a refund.

RRSP loans aren’t for everyone, but in Terri’s case we had done the foundational work to test if it would be an effective strategy within her cash flow and provide her a benefit worth more than the interest she would have to pay. She paid off the loan within three weeks of taking it out, paid minimal interest and instead of having $20,000 in her retirement savings (exciting enough after years of feeling behind) Terri ended up with $40,000!

Knowing that she is saving for retirement, on track with her taxes, and covered for the “bad” months has Terri brimming with confidence. She knows what to expect, and has a system in place to check her actual situation against that expectation, allowing her to make course corrections  if necessary.

Partnering with a cash flow planner has given her the tools she needs to make better money decisions, better business decisions and start saving for a great retirement. If you have variable income and see yourself in Terri’s story, please reach out to speak with our cash flow team today! 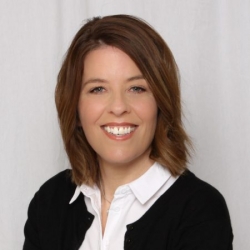 Follow Karen
Karen Richardson
Cash Flow & Associate Financial Planner at Spring Plans
Karen is based in Kenora, Ontario, working both in-person locally and virtually with Canadians from coast to coast. She is committed to supporting clients in their financial journey, providing support and updates for many years after the original analysis and plan is created.