What I dearly want for you this year is structure.

(Just what you’d expect from an introverted money nerd who once answered “spreadsheets” when asked to name one thing that made her happy to her son’s kindergarten circle, am I right?)

Listen, when you hear “structure” I don’t want you to think about restrictions. The kind of structure I’m wishing for you has nothing to do with timetables, spreadsheets, or checklists (unless you’re into those sorts of things). I’m not trying to convince you to track your time, food, or money in a little book somewhere, or to twist yourself into knots in an endless pursuit to maximize, optimize, or anything-ize your life according to whatever “10 Ways Successful People Brush Their Teeth” article that’s making the rounds this week.

The kind of structure I want for you has nothing to do with conventional definitions of success (higher net worth! efficient use of time! productivity! peak performance!) and everything to do with freedom — within whatever circumstances life has placed you in — to be more you and to live more life.

What is structure, after all, but the invisible stuff that does the boring work of supporting the important stuff?

Let’s rewind a bit, because this is really part three of a story I’ve been telling for years.

How would your life be better if you were absolutely clear about what you want your life to look like, the resources you have or will have at your disposal, and the obstacles that you’ll have to get over, around, or through to make it happen?

Pursuing clarity means paying attention. Often in financial planning, as in most data-heavy professions, we encourage you to pay attention to easily measurable things like how you spend your money, how it’s invested, and what you’re going to spend it on over the next five, fifteen, or thirty years.

But how do you feel?

It’s equally important to pay attention to how satisfied/restless/anxious you are today and how excited/worried/unhappy you about tomorrow, and how those feelings change with new information, a change in direction, or sometimes something as simple (seeming) as the weather/news/that vexing update on Facebook.

Pursuing clarity means keeping your eyes open to the (changing) combination of circumstances that give you a sustained feeling of contentment with both the present and the future.

In 2016, I wanted you take ownership. To get comfortable with your own definition of success, to stop apologizing for the ways your direction veers away from the conventional path or looks like someone else’s definition of failure. To fearlessly be the most authentic version of you. To trade away the things that don’t fill you up for things that do.

To outsiders, your contented, authentic self might look too lazy, too ambitious, too social, not social enough, materialistic, ascetic, too involved with your kids, not involved enough at your church…there’s an infinite number of ways that a well-meaning community, predatory marketers, and privileged bloggers can make you feel bad about all the things you aren’t doing well enough or aren’t doing period. Don’t let them (not even me).

Exactly. That’s why we need structure.

I’ll give you some examples of structure that flows from clarity and ownership in my own life. Be warned, though: they’re not particularly counter-cultural. Anyone who’s spent more than five minutes with me knows I’m a natural-born Hufflepuff: unambitious, stubborn, plodding…in short: boring and proud of it, so don’t expect anything earth-shattering.

First example: I finally realized that Facebook vexes me, and that although I love all (most of) the people I’m friends with and want to stay connected with what’s happening in their lives, I don’t want to mindlessly scroll through a newsfeed full of whatever Facebook has decided I should look at today. The happiest me is one who connects with people, not an algorithm, and I’m okay with missing a few things and being out of touch by not constantly checking in. It might not sound like structure to you, but the simple act of deleting the app from my phone stopped the mindless scrolling. It’s just not something I do on my laptop.

Another example: For the longest time, I thought I had to have free bank accounts and the best rewards credit card, because only dummies pay service fees or miss out on points, right? This led to a soul-sucking tangle of accounts that took tremendous mental energy to sort through every two weeks. I’m my happiest self when I’m reconciling accounts, absolutely…but not when reconciling accounts and transferring money all over creation is stealing time and energy away from more important things. With inspiration from my good friend Chris, I drew a picture of the fewest number of accounts that will still keep my business and personal stuff separate, and it’s so streamlined that I reconciled my bank accounts on New Year’s Eve. For fun.

One last example, I promise: Last year I realized just how frazzled it made me to fit focused work in between meetings and phone calls every day of the week while still leaving enough space to be with my family, serve my community, visit friends, and read a book or two. I’m my happiest self when I have big stretches of time to spend on whatever I want without rushing to the next thing, so I stopped scheduling meetings outside of Mondays and Tuesdays. I was worried that clients would be upset, colleagues would give up on me, and potential clients would call somebody else, but clients weren’t, colleagues didn’t, and potential clients might have but I’ll never know the difference.

(I warned you I was boring)

Let me sum up: Structure is intentionally designing the default settings of your life to align with what you want it to be. It’s automatic permission to be a little more yourself. Structure is saying no to a lot of things that don’t mean much at all so you can say yes to the few things that mean a lot.

In 2017, what I want most for you is to get clear about what fills you up, get brave about pursuing it even in the face of opposition, and set yourself up to say no to everything else. 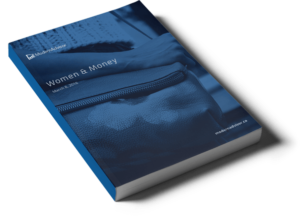 The ebook is still relevant, and still free. You can download it here.